The ECB’s Battle against Central Banking 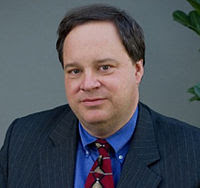 When the European Central Bank announced its program of government-bond purchases, it let financial markets know that it thoroughly disliked the idea, was not fully committed to it, and would reverse the policy as soon as it could. Indeed, the ECB proclaimed its belief that the stabilization of government-bond prices brought about by such purchases would be only temporary.

It is difficult to think of a more self-defeating way to implement a bond-purchase program. By making it clear from the outset that it did not trust its own policy, the ECB practically guaranteed its failure. If it so evidently lacked confidence in the very bonds that it was buying, why should investors feel any differently?

The ECB continues to believe that financial stability is not part of its core business. As its outgoing president, Jean-Claude Trichet, put it, the ECB has “only one needle on [its] compass, and that is inflation.” The ECB’s refusal to be a lender of last resort forced the creation of a surrogate institution, the European Financial Stability Mechanism. But everyone in the financial markets knows that the EFSF has insufficient firepower to undertake that task – and that it has an unworkable governance structure to boot.