Debt Plan Could Deny Those Who Bet on Default 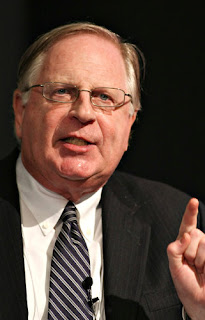 The naysayers who have been betting against Greece may not get their big payoff.

That is because even though Greece is not going to pay all its bills, it intends to avoid a debt default.

And many investors have bet against Greece, using billions of dollars in complex financial instruments, called derivatives, that turn a profit when there is a debt default.

Worried about the ripple effects of any such default, European leaders announced on Thursday a plan for a voluntary swap of Greek debt. Holders of Greek bonds are being asked to accept a loss of at least half the face value of their bonds and will in exchange receive certificates guaranteed by the countries in the euro zone. If enough investors accept this deal — and that is uncertain — Greece will avoid a default and the derivatives contracts will not pay out.

More
Posted by Aristides N. Hatzis at 7:42 AM