Brussels Decisions 'Will Exacerbate the Crisis' 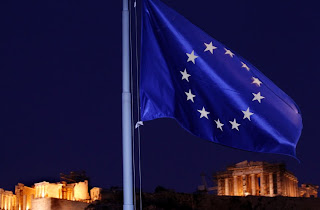 The list of measures passed in Brussels on Thursday morning is impressive, with the 50 percent debt haircut for Greece topping the list. But given ongoing concerns over Italian debt, will it be enough? German commentators on Friday are skeptical.

The markets seem convinced. Stock market indexes around the world shot up on Thursday in the wake of the European Union deal to slash Greek debt by 50 percent and boost the euro backstop fund to €1 trillion. And the rally has continued on Friday, with banks leading the charge.

The euro-zone, it would seem, has managed to convince investors that it might be on the path to solving the common currency area's debt problems after all. In addition to the Greek debt haircut, the 17 euro-zone members also agreed on a requirement that European banks increase their core capital ratios to 9 percent, a move that will, it is hoped, help buffer them against the hefty write downs of Greek debt that some will have to swallow.

In addition, the EFSF is to be boosted, transforming the fund with a current lending capacity of €440 billion into one with firepower worth €1 trillion. At that size, it is hoped, investors will no longer be overly concerned about investing in euro-zone sovereign bonds, particularly those from larger area economies like Italy and Spain.

Still, despite the apparent investor euphoria over the deal, there are, for the moment, precious few details about how exactly the new EFSF fund will work. There are two competing models -- one involving an insurance scheme guaranteeing a portion of investments in euro-zone sovereign bonds against loss and another envisioning the creation of an investment fund to attract money from outside the euro zone. But euro-zone leaders won't be making a final decision until November.