Bank Sacrifice Will Be Modest 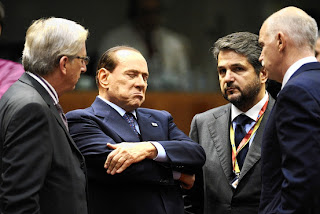 It sounds like a big number: European regulators instructed some of the Continent's biggest banks to come up with a total of €106 billion ($147.4 billion) in new capital by the middle of next year, part of policy makers' latest bid to squelch a two-year financial crisis.

But the amounts that individual banks will need to drum up in the next eight months are smaller than many experts had expected. Most banks, with the probable exception of those in Greece, won't actually be forced to attract new outside capital to insulate themselves against unexpected losses.

Instead, they are likely to be able to fulfill the new requirements through a combination of internal balance-sheet shuffling and keeping future profits by cutting dividends or bonuses. As a result, analysts and bankers say, the much-ballyhooed recapitalization of Europe's embattled banking system likely won't be as transformative as some had hoped.