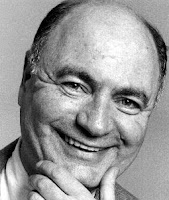 As Marie Antoinette discovered, it's tough to keep your head when all about you are losing theirs. A giant wave of euphoria swept through global markets last Thursday, in giddy response to the communiqué out of Brussels that the 17 nations in the euro zone—after an extraordinary, and extraordinarily long, confab, some 10 hours, 'til the wee hours of the morning—had cobbled together a financial care package to rescue Greece and stave off a widely dreaded contagion of downgrades and defaults that threatened to engulf a good chunk of the Continent.

As we wrote last week, the market seemed primed for a big bolt upward, but concerns over the state of the European Union effectively tethered the bulls. Well, those concerns were seemingly made to disappear by the wizardry of that odd couple, Merkel and Sarkozy, and touched off a roaring rally that extended the snazzy October recovery from September's sad-sack performance, a rally that now seems destined to post the biggest monthly gain by the Standard & Poor's 500 since 1974.

But as we also confessed last week, we were skeptical that anything enduring would emerge from the 14th summit meeting in the last 21 months. And we still are.