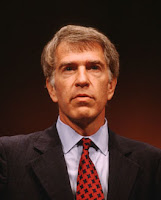 The financial crisis struck the US harder and more quickly than it did Europe. The complete freezing of credit markets required an immediate and overwhelming intervention – and the American fiscal and monetary authorities delivered it. Between the Federal Reserve, Treasury and the Federal Deposit Insurance Corporation, approximately $13,000bn of credit support was arranged for financial institutions in late 2008 and 2009. There was no alternative to this massive reaction, and it worked. US credit markets are now healthy, and the recapitalised banking system is stable. History will look favourably on the boldness of America’s response.

In contrast, the European Union has had much more time to strengthen its financial institutions but hasn’t developed any of the necessary tools. Not a powerful and flexible central bank. Not an effective central banking regulator. Not a sufficient political consensus. As a result, the world has watched a steadily deepening sovereign debt problem metastasise into a full blown banking crisis. Global markets fear big losses on bank holdings of sovereign debt. And, total liabilities of eurozone banks are now estimated to exceed 300 per cent of the region’s gross domestic product. That’s exponentially higher than the comparable US ratio at the worst moment in 2008.

Germany and France recently committed to producing a bank rescue plan by November 3 but have provided no details. This is a golden chance to redeem the fading credibility of Europe’s leaders. Especially if they apply the blueprint of America’s banking intervention. Both what went right and what went wrong.