Where Have All the Heroes Gone? 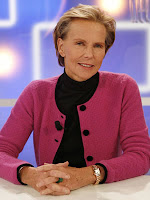 We Europeans keep forgetting about our common culture: It is in Greece that the tragic hero was invented. Alas, heroes are nowhere to be found these days, but there’s tragedy aplenty: the euro zone adrift, markets astray, people shouting their despair in the streets, Europeans and Americans blaming one another for their common lack of resolve in the face of the financial crisis.

So perhaps a more relevant Hellenic invention is catharsis, a purification that only powerful drama can produce. Let’s hope it can still work.

The unfolding drama in Europe is not so much about the euro as it is about governance. Governments seem powerless, out of sync with market reactions to their short-term efforts to contain the crisis. Instead of preventing contamination from one sovereign debt to the other and taking the massive measures required by the scope of the crisis, they keep muddling through.