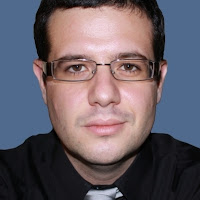 In writing this blog, I have come across several facts about the Greek economy that surprised me. In some cases, it was the fact itself that was the surprise; in others, it was the magnitude of something I already knew about. Here they are, along with links to the relevant posts.

Fact #1. Greek GDP is at 2004 levels, and it will take about a decade to reach pre-crisis levels. Greece’s GDP has been declining since Q4 2008, and is now just above 2004 levels. What is more, the initial program agreed to with the troika forecasted that real GDP would not reach its pre-crisis level until the end of the decade. A greater than anticipated recession means it could take past 2020 for Greece to recover to the income level it had coming into this crisis.

Fact #2. Tourism export revenues have declined 28% since 2000. When analysts discuss how the Greek economy may grow, there is an inevitable emphasis on tourism. But tourism has been in steep decline in the last decade. In 2000, Greece’s tourism revenue was €10 bn (based on customs data). Ten years later, it had fallen to €9.6 bn, a 4.5% drop. But if we factor in inflation, revenues from tourism have dropped 28% since 2000, reflecting the structural flaws in Greece’s tourism industry, which relate, chiefly, to getting more tourists who spend less money.

Fact #3. Net exports from shipping have declined 27% since 2000. Shipping, Greece’s other major export, has performed better than tourism but only marginally so. In 2000, Greece’s revenues from shipping netted €4.6 billion. By 2010, that number had fallen to €4.5 bn. Adding inflation means that the drop has amounted to 27%, although some years were better than others. The chief problem is that from a trade perspective, shipping affects both sides of the equation due to money spent to buy ships and on shipping related services. When we take out the outflow of money, the net effect for Greece has been declining.