Some in Germany Want Greece to Temporarily Exit the Euro Zone 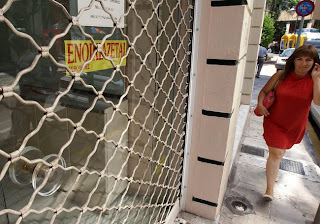 If the European debt crisis were an old survival movie, there would be a scene in which the passengers in a lifeboat realize that they don’t have enough food and water for everyone and that someone needs to go over the side. We’re looking at you, Greece.

In fact, that is the sentiment that a growing number of reputable economists and other commentators, particularly from fully liquid Germany, have been expressing lately.

Greece, they say, should leave the euro zone for its own good, as well as the Continent’s. Some German economists argue that others in the 17-nation currency union, like Portugal or even Italy, might need to leave as well.

“It is better for all concerned, in particular for Greece, if the country leaves the euro temporarily,” Hans-Werner Sinn, president of the influential Ifo Institute at Ludwig Maximilian University in Munich, wrote in an essay published two weeks ago.