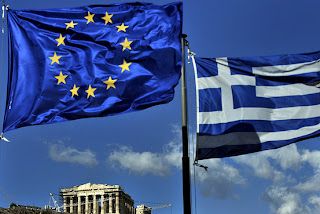 German Chancellor Angela Merkel is weighing whether to yield to a demand by some lawmakers for a bigger voice in future debt bailouts as a condition to win her party's approval for a stronger euro-zone rescue fund, as a parliamentary vote on the issue was delayed a week.

Granting the German parliament the right to approve or reject future bailouts could trigger similar demands from parliaments across the euro zone, whose lawmakers are closely observing Berlin's actions. That could lead to further delays in the EU's approval for the Greek rescue.

At issue is securing German parliamentary approval for a deal Ms. Merkel brokered with other European leaders in July to keep the debt crisis from spinning out of control. Conservative opponents of the deal worry it will open the door to relinquishing more sovereignty to the European Union.