Requests for Collateral Pose a Hurdle for Greek Bailout 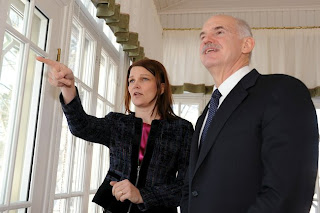 Greece’s international bailout hit a new obstacle Thursday when three euro zone countries indicated they were likely to seek collateral in exchange for their loan. Finland earlier reached a similar deal with the debt-laden government in Athens.

Though the three countries — Austria, the Netherlands and Slovakia — are small or midsize economies, accounting for little more than 10 percent of the new bailout of 109 billion euros ($156 billion), their intervention presents a headache for policy makers.

“If this spreads as we fear it could, it is not a minor complication,” said one European official who spoke on condition of anonymity.

The effort threatens to complicate negotiations on the second package of aid agreed to by euro zone leaders in July, creating an additional problem for officials seeking to bring the Continent’s debt crisis under control.