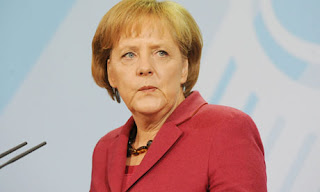 Germany pledged support to Greece today in a desperate effort to shore up the eurozone, but fell short of revealing the package of measures that the markets hope will be enough to save the single currency.

The chancellor, Angela Merkel, pledged solidarity at a meeting with her Greek counterpart, George Papandreou, just two days ahead of a crucial vote in the German parliament on the expansion of the bailout fund, which is regarded as the first step to increasing the firepower of the eurozone countries enough to buy up bonds and buttress troubled banks.

However, conscious of animosity among the majority of German voters towards helping the less prudent nation, Merkel attached strings to her support, calling on Greece to "do its homework" in implementing painful cuts and reforms.