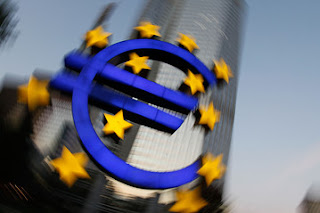 Equity markets have taken off on rumors European policy makers are about to launch a multitrillion-euro rescue of the single currency’s beleaguered peripherals and banks.

But amid all the talk of leveraging the European Financial Stability Facility, involving the European Investment Bank, having a special purpose vehicle issue structured bonds that banks would use as collateral with the European Central Bank for cash and multiple other complex transactions between the various institutions, there’s a big question left unanswered.

Who does what to whom and then who gets stuck with the bill?

Investors’ expectations were that the rescue fund would insulate commercial banks from the impact of a near-certain Greek default and would put up a firewall against further sovereign-debt crises across Europe. The implicit assumption was that Europe was suffering from a crisis of confidence that could be resolved by firm commitments from core European countries.