Is anyone in charge? 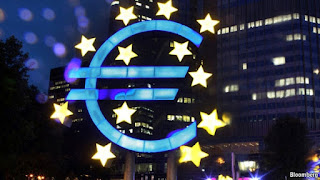 In the Centennial Hall in Wroclaw, Poland, in early September, Jean-Claude Trichet, president of the European Central Bank, warned Europe’s finance ministers how grave the global financial crisis was. The euro area, he said, was currently its epicentre, and the consequences could be much worse than anything seen so far.

But since most citizens are not yet feeling the pain, politicians are struggling to act decisively. A lightning visit to Wroclaw by Tim Geithner, America’s treasury secretary, to express his alarm over the “catastrophic risk” of cascading sovereign defaults seemed to have little impact. The Europeans offered either excuses (decisions in a European Union of 27 countries are hard to reach) or hostility (America should sort out its own debt). After two days of talks, the euro-zone ministers came no closer to a solution.

One week later, at the annual meetings of the IMF and World Bank in Washington, the Americans and others, including China, berated the Europeans for threatening the world economy. In fact, there was some progress: the Europeans agreed that there must be a plan to ring-fence solvent but illiquid economies, beef up the main bail-out fund, the European Financial Stability Facility (EFSF), recapitalise Europe’s banks and, not least, deal with Greece, which may yet default chaotically. But there was no agreement on any of the details of such a plan.

The euro zone has the firepower to solve this crisis—its aggregate deficit and debt numbers compare favourably with America’s and Britain’s. But it is not a single entity, politically or economically. The currency is European, but treasuries are national and economies are only partially integrated. Each country wants to limit its liability for the debt of others and to curb the interference of peers in its economic policies. All 17 members have a veto on key decisions, which must then be ratified by unruly parliaments. Now the euro zone is trying to re-design itself even as it sinks—and every country is wondering whether to help others or save itself.

Posted by Yulie Foka-Kavalieraki at 5:00 PM