An institutional bailout plan for Greece 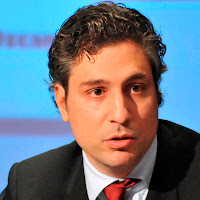 by Elias Papaioannou and Dimitri Vayanos

Greece’s bailout plan – agreed more than a year ago – is failing to meet some of its key objectives. This column argues that the ECB, EU, and IMF should be wary of focusing on short-term goals and instead strive for an institutional framework that can drive the long-term growth of the Greek economy.

The Eurozone crisis is spreading to Italy and Spain, triggering emergency purchases of these countries’ bonds by the ECB (Wyplosz 2011, Gros 2011). Italy and Spain have pledged to strengthen their economies by accelerating fiscal consolidation and structural reforms. Further support for them from the ECB is likely to be conditional on progress with reforms.

While the crisis’ new directions are garnering most of the attention, the problems of Europe’s southern countries are still with us. They still need a solution. How should outsiders – such as the ECB and the EU – help catalyse the reforms these nations need? We look at these issues in the context of Greece, where the problems are the most acute and the answers appear to be the clearest.