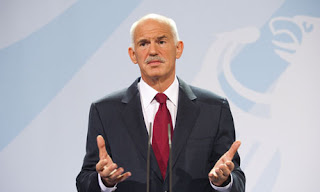 A new property tax, seen as the most unpopular austerity measure yet in Greece, has been approved by the 300-seat parliament as striking transport workers brought the country to a standstill in a rising tide of protest against further belt-tightening.

The levy, which will be collected through electricity bills, was passed with all 154 MPs from the ruling party voting in favour, though many said they had cast ballots with a "heavy heart".

Faced with the option of seeing the debt-stricken country default, socialists endorsed the tax, which is expected to raise about €2bn (£1.75bn) – enough to close a gaping budget black hole and bring the deficit down to a targeted €17.5bn.