Greece is not leaving the eurozone, not now, not ever 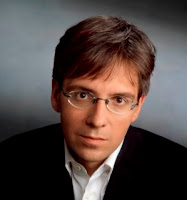 Despite the Greek parliament’s support last night for an unpopular new property tax, Europe’s divisions over the terms of any new bailout give credence to talk of a looming euro exit. But such an exit would be terrible news for Greece, and equally terrible for the eurozone. The bottom line is this: Greece isn’t going anywhere.

First, no legal framework exists for an exit from the euro. Greece would have to negotiate with its eurozone partners, and most likely with the 27-member European Union. It would be a prolonged and messy process, creating a political and economic drag for everyone involved.

If Greece were to leaves the eurozone, sovereign default would also be accompanied by corporate default. Shutting down the country’s banks will be complex, costly and contagious. Also, Greece is a democracy. This makes things even messier.

Yet even if Greece could pull off this technical feat, what would it stand to gain? As the argument goes, Greece could reinstate the drachma, devalued relative to the euro. This would make Greek exports more competitive, and could ultimately put the country back on sound fiscal footing.

The problem with this line of argument, however, is that Greece actually is less exposed to international trade than any other eurozone country. Only €16bn of its €230bn gross domestic product is export-based. True, the tourism industry does comprise a significant 15 per cent of GDP, but a devaluation would have limited upside against Greece’s less expensive Mediterranean competitors such as Turkey.