Going back to Athens 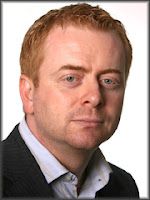 The news that the “troika” – the EU, the ECB and the IMF – will be returning to Athens on Thursday is a pretty strong signal that the next tranche of the current rescue programme is going to be released – a small mercy for Greece, at least, even if the next version of the bail-out is mired in division and uncertainty.

Among the various other displays of poor coordination in the bail-out is the difference of style: the IMF tends to send its mission chief back to a borrower country only when the negotiations are pretty much done and the fund is ready to disburse the next tranche; the EU thinks substantive negotiations should be done in-country and generally wants to send its top officials in at an earlier stage.

Of course, it’s possible that the sequencing and signalling has now changed and we should read at lot less into the announcement of imminent return. It’s variety like that which keeps the Greece story from getting predictable.