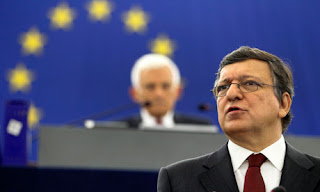 The German parliament is expected to approve enhanced powers for the eurozone's bailout fund on Thursday as plans to set up a fully fledged European monetary fund (EMF) gather pace.

Senior European officials believe Berlin will revisit proposals for an EMF – first raised by German finance minister Wolfgang Schäuble in spring last year and revived by French president Nicolas Sarkozy in July this year – once the Bundestag vote is secured.

The only question is the scale of the majority Chancellor Angela Merkel will win for expanding the financial guarantees available to temporary precursor of an EMF, the European financial stability facility (EFSF), with markets hoping for a reassuringly large margin of victory.