Transparency is a word that French banks find difficult to understand. At least, that is the view of global accounting regulators, who have stepped in to the row over how to value loans made to Greek banks. It is an important question because continental banks have loaned a large proportion of their spare cash to Greece, Spain, Portugal and Italy.

French banks, which still have a statist whiff about them after years as General de Gaulle's playthings, may have shied away from investment in American sub-prime mortgages, which the Germans lapped up, but they liked saying yes to debt-addicted Greeks.

They also liked to insure business transactions in Greece through credit default swaps. These derivatives provided hundreds of millions of euros in profit from sales during the good years, but are decidedly risky now that Greek businesses look vulnerable to collapse. 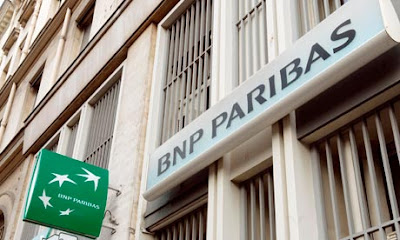 Posted by Yulie Foka-Kavalieraki at 10:21 PM