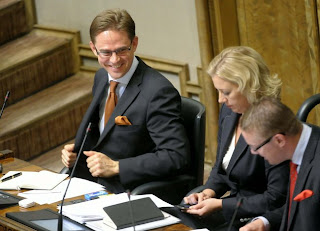 Europe took another step Wednesday in its slog toward approval of a broader bailout fund for overly indebted countries, as Finland’s Parliament agreed to contribute its share despite an unresolved dispute over its demand for collateral from Greece.

The 103-to-66 vote, with 30 legislators absent, still leaves 7 of the 17 members of the euro zone yet to ratify a bailout fund that, despite expanded resources and power, is considered much too small to fend off further market attacks on Greece and other wounded countries.

The laborious approval process, which can be held up by objections from any one of the countries in the euro zone, has highlighted deep flaws in alliance’s decision making. Every major initiative must traverse an obstacle course, and each hurdle can jostle financial markets anew.