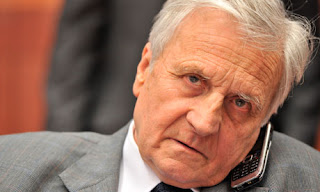 The EU's attempts to deal with the financial crisis by imposing austerity on member states will further alienate voters already disenchanted at the lack of accountability in Brussels and Frankfurt, leading European politicians and union leaders have warned.

In a succession of interventions aimed at appeasing markets and shoring up the balance sheets of eurozone countries, the European Central Bank (ECB) has demanded austerity policies in Greece, Portugal, Ireland and Italy, in the latter case even telling Silvio Berlusconi which measures must be instituted when and how. The Italian prime minister acquiesced, complaining that his administration was being made to look like "an occupied government".

Antonio Di Pietro, a leading liberal MP, said: "Italy is under the tutelage of the EU, and a country under tutelage is not a free and democratic one."