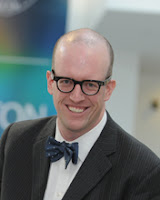 So, I return from vacation to find that the restructuring of Greece continues to be very much a work in progress. Indeed, it now appears much more likely that Lehman Brothers will confirm a Chapter 11 plan before the European Union will work out its similar issues regarding Greece, Portugal, Ireland, Italy and Spain.

The latest problem comes from Finland’s misunderstanding of the nature of a bailout.

As readers no doubt recall, Greece ratcheted up it its projected deficit – almost doubling it, in fact – after the financial crisis. That quickly lead to Greece’s inability to refinance its debts at an affordable rate in the markets, and several rounds of bailout financing by the European Union and International Monetary Fund began. In exchange for such financing, Greece agreed to extremely painful austerity measures.

More
Posted by Yulie Foka-Kavalieraki at 12:44 AM