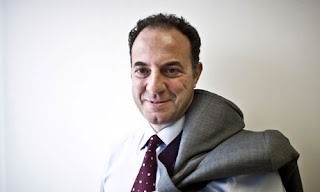 Before Aris Kefalogiannis discovered olives, he was an Olympian water polo player. He loved the sport but it was the stamina and team work that contributed to the team's success that would serve him best. For selling Greek olives, whether in Greece or abroad, has not been easy.

The eco-minded entrepreneur, who came up with his business idea while studying in the UK, has needed to be resilient to keep his head above the water in a country that has found itself at the centre of Europe's spiralling debt crisis. Even though many believe that Greece is heading for bankruptcy and default, the speciality food giant, Gaea, is doing remarkably well.

As one of the nation's most recognisable brand names abroad, and enjoying growth rates that would make most EU governments blanch, Gaea's success has raised the tantalising question of whether food staples such as olives could help Greece's financial recovery.