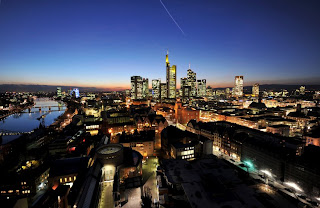 The head of Europe's banking watchdog has called for the euro rescue fund to provide direct aid to ailing banks to help calm markets. The head of the IMF made a similar demand, exposing an apparent rift with EU governments on how to handle the debt crisis. Berlin and the EU have rejected such changes.

The new powers of the euro bailout fund haven't even been signed off yet by the national parliaments, but there are already calls for its remit to be broadened, causing a fresh headache for Chancellor Angela Merkel.

The European Banking Authority, a supervisory body for banks in the European Union, wants the €440 billion ($635 billion) European Financial Stability Facility to provide direct capital injections to ailing banks. It is an attempt to reassure investors worried about the impact of the debt crisis on bank balance sheets, German business daily Financial Times Deutschland reported on Tuesday.

At present, the EFSF is only permitted to extend funds to individual countries, but those nations can pass the funds on to banks. Direct finance injections by the EFSF would speed up the process, and would in effect turn the fund into a stakeholder of the banks it helps.

The demand was made in a letter being sent by EBA chief Andrea Enria to the European finance and economy ministers this week, the newspaper reported.

Enria's letter fuels pressure on euro-zone governments to do more to tackle the European debt crisis after the new head of the International Monetary Fund, Christine Lagarde, urged the EU on Saturday to force its banks to beef up their capital.