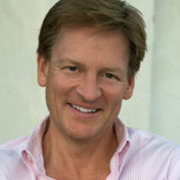 With Greece and Ireland in economic shreds, while Portugal, Spain, and perhaps even Italy head south, only one nation can save Europe from financial Armageddon: a highly reluctant Germany. The ironies—like the fact that bankers from Düsseldorf were the ultimate patsies in Wall Street’s con game—pile up quickly as Michael Lewis investigates German attitudes toward money, excrement, and the country’s Nazi past, all of which help explain its peculiar new status.

By the time I arrived in Hamburg the fate of the financial universe seemed to turn on which way the German people jumped. Moody’s was set to downgrade the Portuguese government’s debt to junk-bond status, and Standard & Poor’s had hinted darkly that Italy might be next. Ireland was about to be downgraded to junk status, too, and there was a very real possibility that the newly elected Spanish government might seize the moment to announce that the old Spanish government had miscalculated, and owed foreigners a lot more money than they previously imagined. Then there was Greece. Of the 126 countries with rated debt, Greece now ranked 126th: the Greeks were officially regarded as the least likely people on the planet to repay their debts. As the Germans were not only the biggest creditor of the various deadbeat European nations but their only serious hope for future funding, it was left to Germans to act as moral arbiter, to decide which financial behaviors would be tolerated and which would not. As a senior official at the Bundesbank put it to me, “If we say ‘no,’ it’s ‘no.’ Nothing happens without Germany. This is where the losses come to live.” Just a year ago, when German public figures called Greeks cheaters, and German magazines ran headlines like why don't you sell your islands, you bankrupt greeks? , ordinary Greeks took it as an outrageous insult. In June of this year the Greek government started selling islands or at any rate created a fire-sale list of a thousand properties—golf courses, beaches, airports, farmlands, roads—that they hoped to sell, to help repay their debts. It was safe to say that the idea for doing this had not come from the Greeks.

To no one but a German is Hamburg an obvious place to spend a vacation, but it happened to be a German holiday, and Hamburg was overrun by German tourists. When I asked the hotel concierge what there was to see in his city, he had to think for a few seconds before he said, “Most people just go to the Reeperbahn.” The Reeperbahn is Hamburg’s red-light district, the largest red-light district in Europe, according to one guidebook, though you have to wonder how anyone figured that out. And the Reeperbahn, as it happens, was why I was there.

More
Posted by Yulie Foka-Kavalieraki at 9:11 AM