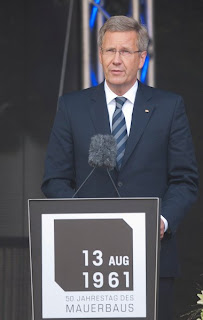 German President Christian Wulff blasted the European Central Bank's policy of buying up bonds from indebted euro-zone countries on Wednesday, saying it runs counter to European Union laws. His comments highlight just how controversial efforts at propping up the common currency have become.

German President Christian Wulff on Wednesday publicly questioned the legality of the European Central Bank's program of buying bonds of debt-ridden EU countries as a way of propping up their economies.

Speaking at a conference of economists in the Bavarian town of Lindau, Wulff said: "I regard the massive acquisition of the bonds of individual states via the European Central Bank as legally questionable."