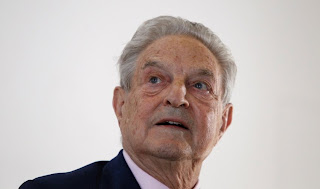 In a SPIEGEL interview, billionaire investor George Soros criticizes Germany's lack of leadership in the euro zone, arguing that Berlin must dictate to Europe the solution to the currency crisis. He also argues in favor of the creation of euro bonds as a way out of the turbulence.

SPIEGEL: Mr. Soros, we currently see a global banking crisis, a currency crisis and a sovereign debt crisis. Has the financial dilemma become too big to handle? How can politicians on both sides of the Atlantic be expected to solve such a multitude of crises?

Soros: The politicians have not really tried to fix any crisis; they have so far tried only to buy time. But sometimes time actually works against you if you refuse to face the relevant issues and explain to the public what is at stake.

SPIEGEL: Are you talking about the Germans? Many experts think Chancellor Angela Merkel has been particularly hesitant to address the euro crisis.

Soros: Yes. The future of the euro depends on Germany. This is the point I really want to drive home. Germany is in the driver's seat because it is the largest country in Europe with the best credit rating and a chronic surplus. In a crisis, the creditor always calls the shots. Sure, this is not a position Germany or Chancellor Merkel ever desired and they are understandably reluctant to embrace it. But the fact is that Germans are now in the position of dictating to Europe what the solution to the euro crisis is.

SPIEGEL: Why should Berlin embrace that idea?

Soros: There is simply no alternative. If the euro were to break up, it would cause a banking crisis that would be totally outside the control of the financial authorities. So it would push not only Germany, not only Europe, but also the whole world into conditions very reminiscent of the Great Depression in the 1930s, which was also caused by a banking crisis that was out of control.