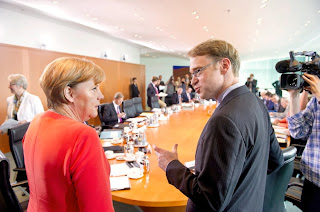 The euro drama is escalating in Berlin. In order to save the common currency, the European Central Bank is now purchasing large volumes of Italian government bonds. German central bankers and politicians in Chancellor Merkel's government oppose the move, which they see as a dangerous threat to the ECB's independence.

The timing was very cunning. It was 7:50 p.m. on Sunday, Aug. 7, when Germany's Federal Press Office released a joint statement by Chancellor Angela Merkel and French President Nicolas Sarkozy. Though hedged in diplomatic terms, the Continent's two most powerful political leaders were demanding that the Frankfurt-based European Central Bank (ECB) take an active role in helping Spain and Italy weather the euro crisis. Either the bank supplied money, they said, or the euro was finished.

It wasn't long before the wire agencies transmitted the first news alerts. It was a carefully planned chain of events -- and an insidious one, too.

Indeed, Merkel and Sarkozy knew only too well that, at that very moment, the ECB's governing council was holding a conference call to discuss the next steps. The council's 23 members had been arguing for almost two hours over whether the ECB should buy up Spanish and Italian sovereign bonds to prop up their value.

It took the central bankers almost two more hours to cobble together a majority to support the plan. The toughest resistance came from Jens Weidmann, the president of the Bundesbank, Germany's central bank. He stubbornly opposed the decision till the bitter end -- but all was in vain. The next day, the ECB launched the greatest purchasing of government debt in its history.

The move shakes the already fragile foundations of the monetary union. But it's not just the stability of the euro that's at stake; it's also the credibility of the very institution charged with preserving its value.

When the ECB was founded 13 years ago, it was meant to be a European version of Germany's Bundesbank and the heir to its steadfast principles: The sole duty of central bankers is to maintain price stability while remaining politically independent. And their supreme task is to deny the government access to the money printers. Indeed, things at Europe's central bank were supposed to go just like they did under Karl Otto Pöhl and Helmut Schlesinger, the legendary pair of Bundesbank presidents who served between 1980 and 1993 and primarily solidified their reputations by being able to say "no" at the crucial moment. 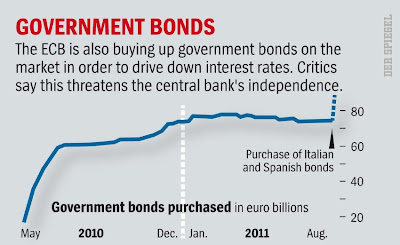 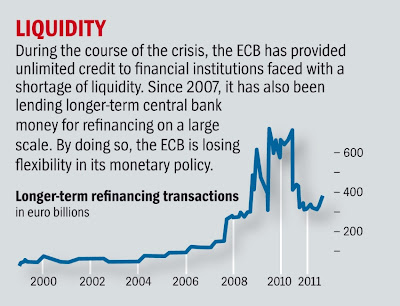 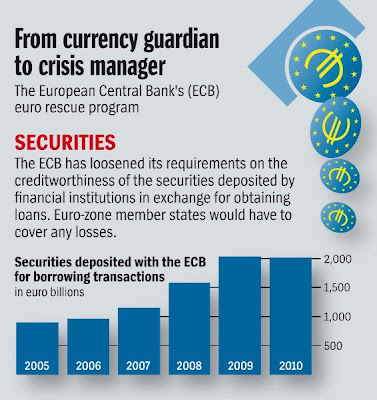