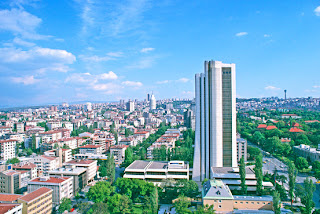 That's what Greek Prime Minister George Papandreou asked his country's legislators late last month as he tried to herd them into voting for an austerity package that was triggering riots.

Mr. Papandreou was referring to the success that Turkey had in donning a hair shirt and recovering from a financial crisis in 2001. Now Greece is being asked by creditors to take the same kinds of austerity measures—but whether Greeks will go the distance, and whether they can recover the way Turkey did remains unclear.

"Why can't we do what our neighbors the Turks have done?" Mr. Papandreou asked the Greek parliament.

According to Kemal Dervis, Turkey's former economy minister who designed Turkey's recovery plan in 2001, the answer is that Greece also can recover. But there is at least one huge difference in the tools at the disposal of the two countries: Greece can't cut interest rates and allow its currency to devalue, because unlike Turkey, Greece is part of the euro zone.