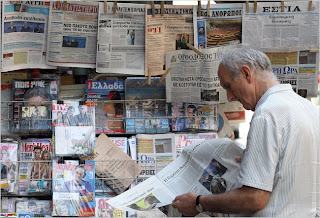 Financial markets, at least one ratings agency and leaders in capitals across Europe on Friday gave cautious to enthusiastic votes of confidence for a sweeping deal to provide Greece with a second bailout.

Still, investors struggled to untangle the details and long-term implications of the deal, valued at 109 billion euros, or $156.6 billion. The most important was whether it would prove a lasting solution for the most indebted countries in the euro zone or be merely an interim effort to preserve the single currency.

Under the deal’s final details, for instance, Greece’s staggering debt will be reduced by only about 24 percent, not much given that it now totals more than 150 percent of the country’s annual gross domestic product. Analysts said it was also clear that in the end, the contribution from banks and insurance companies in the private sector would be relatively modest.