Like Esperanto, Greek bail-out is a bit of a fudge 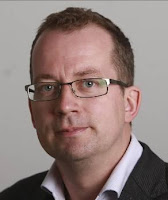 It’s probably very unfair to the estimated 2m people who speak it. But Esperanto – the artificially constructed language that celebrates its own name-day on Tuesday – has always struck me as daft.

The ideals behind it were all very noble – a Russian Jew, who grew up in such an ethnically and linguistically fractured neighbourhood that he longed for a common language to bind everyone together, clearly had the best of intentions when he came up with it 130-odd years ago.

But the concept of a language created rather than evolved, spoken only by enthusiasts, and one which ironically – in our increasingly globalised world – is surely doomed to failure, given the dominance of English, has always reminded me of the euro.

Late last Thursday, German chancellor Angela Merkel, French president Nicolas Sarkozy, and other European luminaries, including European Central Bank president Jean-Claude Trichet, were all smiles, determined to demonstrate that the product of 30-odd years worth of work by their political forebears was not unravelling like a bad Esperanto translation. After weeks of standoff, they had reached agreement on a €109bn aid package to Greece – heartening proof, if you are a europhile, that the eurozone nations are totally committed to each other; depressing proof, if you are not, that there is seemingly no limit to the stream of cash that can be poured down the drain.