Lawrence Summers on the Euro Crisis: 'It Was Always Understood the European System Would Evolve' 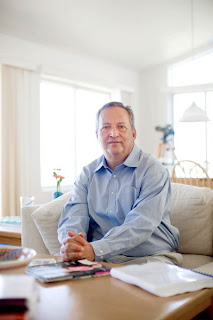 In a SPIEGEL interview, Lawrence Summers, 56, Harvard economist and former advisor to United States President Barack Obama, discusses the way forward for Europe's stricken common currency and a debt crisis and budget battle in the United States that has baffled many a European.

SPIEGEL: Professor Summers, the European Union has just adopted another set of emergency measures to save the euro and the European currency union. Is this just another Band-Aid or is it a sustainable path toward recovery?

Summers: Some significant steps were taken at the summit in Brussels and a number of fundamental issues were addressed: Sustainability of debt, provision of support to banks, preventive support for some countries. But saying fundamental issues were addressed does not mean they were resolved. Clearly, there is still much that needs to be done in terms of crisis resolution and mechanisms assuring liquidity and fiscal responsibility.

SPIEGEL: Aren't more radical steps needed, such as a drastic haircut for debtor nations like Greece?

Summers: It is premature to judge that. Successful growth-generating policies and determined efforts of fiscal consolidation are imperative. And creditors will need to take realistic views of the situation.

SPIEGEL: It seems a currency union across borders without a fiscal union cannot work. Do we have to steer toward a United States of Europe in order for the euro to survive?

Summers: No. Surely, the common currency has been insufficiently supported by common political approaches. But we will learn over time from the European experience what elements have to be common in order to make the system work.

SPIEGEL: Has the response of European leaders to the crisis so far been too dogmatic and bureaucratic?

Summers: There is no politician who will ignore the laws of physics when building a bridge. But there is a tendency in politics in every country to suppose that the laws of economics are flexible and can be adjusted to political necessity. At some points this belief has led to a lack of focus on economic realities in Europe. 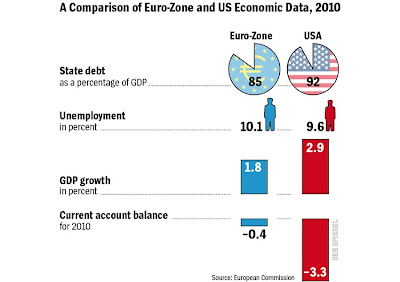