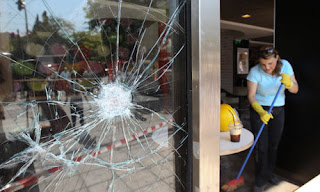 Germany has turned up the heat on other EU nations to agree further contributions to a second rescue package for Greece after finance minister Wolfgang Schäuble indicated his country's banks would roll over about €3bn (£2.7bn) of Greek debts.

Schäuble outlined the deal as Greek MPs voted to approve a package of spending cuts and privatisations needed to secure the next round of EU bailout funds.

The Berlin administration has forced German banks to identify €3.2bn in debt due for repayment by 2014. If the banks voluntarily agree to delay demands for repayment it could further ease pressure on the Greek government without triggering a default.

France's banks have already volunteered to roll over 50% of their maturing debt into new long-term bonds. British banks are understood to be assessing their own exposure to Greece in readiness to follow the French and German lead, but have yet to announce the level of debt they will roll over.