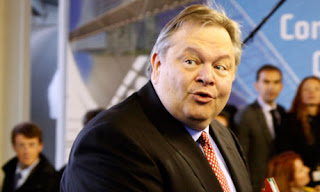 After securing a second rescue package to prop up its debt-stricken economy, Greece has implored its citizens to honour the agreement by repatriating cash whisked abroad during the crisis.

Appealing to businessmen, shipowners and financiers who transferred large amounts of wealth out of the crisis-hit country, finance minister Evangelos Venizelos said last week's mega-deal had ensured that Greek banks were now among the safest in the world.

"Brussels' agreement absolutely guarantees [the liquidity] of banks," he said in an interview with the authoritative Sunday Vima. "Today banks are much safer … this is an opportunity for the money that has been taken abroad to be re-deposited in Greek banks," he added to help kick-start the cash-starved economy.