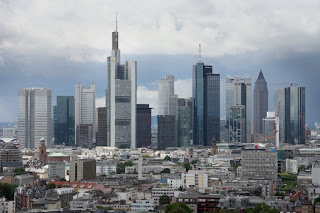 German banks have reached a voluntary agreement to contribute 3.2 billion euros to the next Greek bailout package through bond roll-overs. But a far greater sum will still be needed in order to rescue the country, which is being crushed by 300 billion euros in debt.

The German government and private creditors reached an agreement on Thursday that will see the banks contribute €3.2 billion ($4.6 billion) -- around one-third of the €10 billion in total Greek government bonds that are still on the books of German banks -- towards the next bailout package for debt-strapped Athens. Compared to Greece's total national deficit of more than €300 billion, however, the German contribution is quite small.

Thursday's deal has been described as preliminary, but German Finance Minister Wolfgang Schäuble, who is a member of Chancellor Angela Merkel's conservative Christian Democratic Union (CDU) party, said he was confident the details could be hammered out by Sunday. Deutsche Bank chief Josef Ackermann said that the deal would be based on the model worked out recently by French banks.

"We are convinced that Greece has to be helped further," Ackermann said Thursday. "We are taking the French draft as a basis but will build modifications and are very confident we will find a solution that will give satisfactory answers to all participants."

Under the French model, private lenders are rolling over 50 percent of the yields from Greek bonds that are due into new securities which will first mature in 30 years. A further portion would flow into a trust fund whose profits would be used to secure the entire investment.

German banks currently have around €10 billion in Greek government bonds on their books. Schäuble said that 55 percent of the bonds still in banks' possession are long-term and will first mature after 2020. However, the fundamental agreement reached on Thursday deals only with bonds that are due by 2014, holding a total value of €3.2 billion euros.