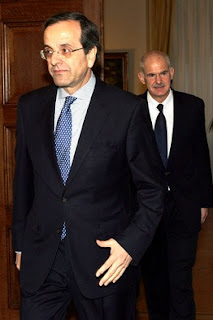 As protesters battled police outside parliament last month in a hail of rocks and tear gas, Greece's beleaguered prime minister put his hopes in a secret phone call to an old friend.

"Let us form a government of national salvation," George Papandreou, the Socialist prime minister, said to his chief rival, Antonis Samaras, head of Greece's conservative opposition and a buddy since the two men were roommates at Amherst College in Massachusetts 40 years ago.

The details of their secret mid-June talks reveal the degree to which two friends—each with far different prescriptions for economic salvation—hold the fate of Greece in their hands as the nation tries to get its nearly $500 billion in government debt under control.

Their success or failure weighs on the potential survival of Europe's shared currency, the euro, the crowning achievement of 60 years of European unification. 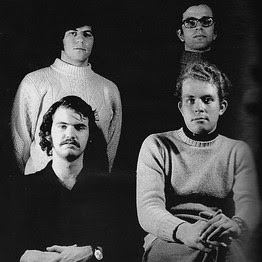 Posted by Yulie Foka-Kavalieraki at 9:54 AM