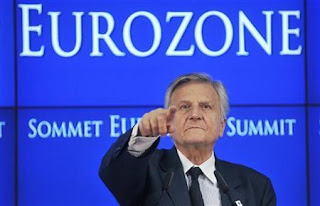 Greece's sovereign debt crisis will prove unique in the euro zone and will not spread to other countries, European Central Bank President Jean-Claude Trichet said in a newspaper interview on Friday.

Speaking the day after euro zone leaders agreed a second bailout package for the heavily indebted Mediterranean country, Trichet insisted that other countries like Italy would take appropriate measures to ensure market confidence in their debt.

"I have confidence that all countries in the euro area will not only rigorously keep their present commitments, but will be 'ahead of the curve' and take appropriate measures, as is the case for Italy," he told Germany's Sueddeutsche Zeitung.

Asked if euro zone countries were throwing good money after bad by propping up Greece's public finances, Trichet said that "scrupulous" implementation of structural reform in Greece, alongside international technical assistance, was essential.