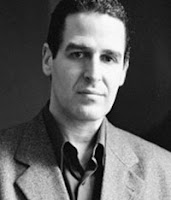 Yesterday, the whole world was watching Greece as its Parliament voted to pass a divisive package of austerity measures that could have critical ramifications for the global financial system. It may come as a surprise that this tiny tip of the Balkan Peninsula could command such attention. We usually think of Greece as the home of Plato and Pericles, its real importance lying deep in antiquity. But this is hardly the first time that to understand Europe’s future, you need to turn away from the big powers at the center of the continent and look closely at what is happening in Athens. For the past 200 years, Greece has been at the forefront of Europe’s evolution.

In the 1820s, as it waged a war of independence against the Ottoman Empire, Greece became an early symbol of escape from the prison house of empire. For philhellenes, its resurrection represented the noblest of causes. “In the great morning of the world,” Shelley wrote in “Hellas,” his poem about the country’s struggle for independence, “Freedom’s splendor burst and shone!” Victory would mean liberty’s triumph not only over the Turks but also over all those dynasts who had kept so many Europeans enslaved. Germans, Italians, Poles and Americans flocked to fight under the Greek blue and white for the sake of democracy. And within a decade, the country won its freedom.

Over the next century, the radically new combination of constitutional democracy and ethnic nationalism that Greece embodied spread across the continent, culminating in “the peace to end all peace” at the end of the First World War, when the Ottoman, Hapsburg and Russian empires disintegrated and were replaced by nation-states.