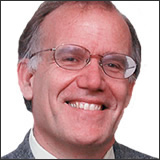 I have lived in Greece and visited it over 20 times, and it still bewilders. The current strikes at the height of the tourist season will only curtail one of the few remaining Greek opportunities to earn scarce foreign capital. I organize and lead a lecture tour every year for 50–60 Americans interested in visiting the monuments of Western civilization, especially those pertaining to military history and wars of the past. We have not gone back to Greece for two years and won’t next year either — given the chance that a bus, hotel, or air strike could derail the enterprise. Millions must be thinking the same thing, which raises the now surreal question: What do Greeks in the street want? Simply to renege on the $170 billion debt and claim someone other than themselves borrowed the money, or that their elites borrowed it and squandered it and alone should pay, or that the Germans owed them that much anyway for reparations from 70 years past? Is there any self-reflection that the current standard of living and infrastructure in Athens do not seem to be a product of the Greek GDP, but make sense only in the context of 30 years of northwest European money loaned to Athens?

And finally, if Greeks feel the terms are unfair, or the proposed austerity measures not to their liking, it is of course their choice simply to go deadbeat and not pay the capital back; then they can issue their own currency, craft their own laws apart from EU oversight, and have no need to daily scream at their German bankers. But as it is now, we are witnessing teenagers who demand the use of their parents’ credit card in the manner they see fit. It is long time past to move out, and set up house on your own.