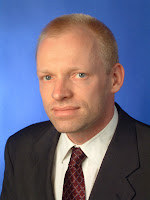 More than a year has passed since the start of the Greek debt crisis. This should have been enough time for Europe's political leaders to develop some strategies. But it seems that the European Central Bank and the national governments still can't agree on how to proceed.

The recent proposal by German Finance Minister Wolfgang Schäuble to enforce a debt rollover has met with fierce resistance from the ECB, which has threatened to stop accepting Greek government bonds as collateral in the event of a forced rollover. If that were to happen, the Greek banking sector would collapse. So what underlies the ECB's effective veto of the Schäuble Plan?

ECB officials have given three reasons for their stance. The first is a formal one. If the banks are forced to roll over their bonds, ratings agencies will classify this as a credit event and downgrade Greece even further. According to its statutes, the ECB can provide liquidity to private-sector banks only against "adequate collateral."

Of course, Greek bonds have been inadequate collateral for some time now, but the ECB currently accepts them all the same. According to its statutes, the ECB wasn't allowed to buy Greek bonds either. This hasn't prevented it from doing so. It seems the bank wants to stop this now and adhere to its statutes more strictly.