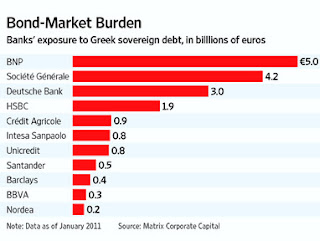 Euro-zone governments are undecided over what to call any possible Greek debt workout, offering alternatives like a "soft restructuring," or a "reprofiling" of the nation's debt load.

For buyers and sellers of billions of dollars of credit-default swaps on the Hellenic Republic, it's more than mere semantics.

Such terminology will play a part in whether sellers of these insurance-like contracts will have to cough up payouts. And with few precedents in the relatively recent history of the sovereign credit-default swap, or CDS, market, how Greece plays out will be a major milestone.