It's Greek to me 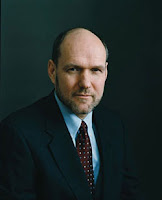 I'm in Athens at the moment, attending an Economist conference on "What is Shaping the Global Agenda?" My task, in case you're curious, was to offer an American perspective on the global foreign policy agenda, in fifteen minutes or less. I focused on four issues: climate change, the changing balance of power, Israel-Palestine, and global nuclear security. I may not have offered many bold new insights, but at least I didn't exceed the time limit. And if you want to know the basic line I took, read this.

Not surprisingly, the big topic in most of the conversations (and many of the sessions) is the Greek financial crisis and its broader implications. There's been a pretty clear consensus from the people here that I've talked with (most of them from the business community): 1) yes, there will be a bailout, 2) it will probably work; 3) Greece's situation is mostly of its own doing (poor investment choices, ineffective tax system, padded public budgets, fatal combination of persistent deficits and falling competitiveness, etc.) and 4) the whole mess raises big questions about the EU.

I am hardly an expert on financial markets (though like a lot of other Americans, I've gotten more interested in them since 2008!) so I have no great wisdom to impart on the origins of Greece's troubles or the specific nature of the rescue package that is now being assembled. But it seems to me that this crisis is a serious body blow to the European Union itself. The EU can point to plenty of successes over the years, but the combination of continued expansion and the creation of a common currency back in 1995 now looks like an exercise in hubris. 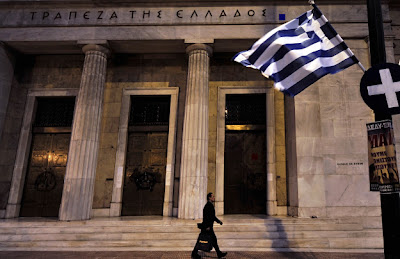 Posted by Aristides N. Hatzis at 9:02 AM