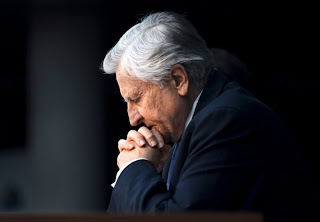 What's best for Greece and Europe -- a soft debt restructuring or billions of euros in loans for years to come? Berlin and the ECB are deeply divided over the best way to handle the crisis. A number of influential Germans fear the threat of austerity measures could be greater than a "haircut" of Greek debt.

It wasn't all that long ago that Europe's top monetary policy experts and the leader of the European Union's most important member state were politely exchanging compliments. Jean-Claude Trichet, president of the European Central Bank (ECB), praised German Chancellor Angela Merkel for having made Germany into an "example for all of its neighbors." Merkel, for her part, thanked the Frenchman for his decidedly "successful actions."

A few years and a crisis later, the relationship has cooled off considerably. Merkel feels that the Frankfurt-based monetary watchdogs are pressuring her inappropriately, while Trichet and his fellow bankers have taken to characterizing the Berlin government's proposals as "incorrect," "illusory" or simply as a "catastrophe."

Today, members of the German government and the ECB seem to have trouble spending time in the same room together. At a recent meeting of finance ministers in Luxembourg, Trichet stormed out of the room after being confronted with yet another crisis plan from Germany that he didn't like.

The controversy revolves around the future of the common currency, which instruments ought to be used to rescue the euro and, not least, a workable plan to support ailing Greece. While Merkel has long advocated a cautious restructuring of Greece's debt, Frankfurt-based Frenchman Trichet categorically rejects any form of debt deferral for Athens. 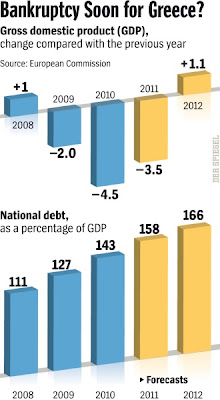 Posted by Yulie Foka-Kavalieraki at 11:47 AM