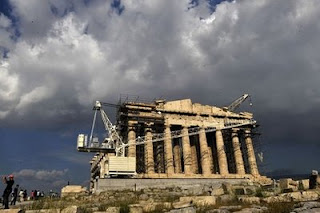 Greek Finance Minister George Papaconstantinou said Sunday he was confident about receiving the next aid installment, rejecting a German magazine article that cast doubt over the transfer.

The head of the eurozone finance ministers, Jean-Claude Juncker, warned last week that the International Monetary Fund may block the next 12-billion-euro (17-billion-dollar) instalment, the fifth tranche in a 110-billion-euro loan package agreed for the debt-ridden country.

Der Spiegel reported Sunday that the European Union will follow suit unless Athens does more to fix its public finances.

Economic affairs commissioner Olli Rehn told the magazine: "We Europeans are setting the same conditions as the International Monetary Fund... The situation is very serious."

Papaconstantinou said in a ministry statement that negotiations were continuing and "they will be finalised in the next few days."

He added: "We have every reason to believe that these negotiations will conclude positively for the country... that's to say we will get the fifth installment."