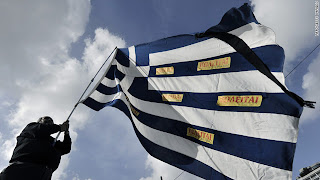 The Greek parliament early Thursday approved an austerity budget that makes cuts required under conditions of a massive bailout from the International Monetary Fund and the European Union in May.

The 2011 budget foresees the deficit declining from 9.4% of GDP to 7.4%. Many of the cuts are focused on the public sector, including health, education and public enterprises such as the railways and other forms of public transportation.

The budget forecasts tax revenues will increase by 7% at a time the overall economy is expected to shrink by 3%. The plan also focuses on reducing corruption and tax evasion, both of which have been blamed for Greece's dire financial state.