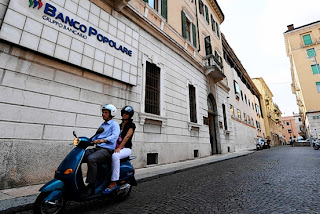 After a smooth start to the year, euro-zone government bond markets face more tough tests in February, when the cushion of money reinvested from maturing bonds will shrink considerably.

And while worries about fiscally frail governments abated enough over the past two weeks so that Spain and Portugal generally sold debt at lower yields than in recent months, the bigger question of how the euro zone's sovereign-debt crisis will pan out remains unanswered.

Key are how governments, from Portugal to Spain, will tackle borrowing costs that aren't sustainable and whether healthier members of the 17-nation bloc will agree to enlarge the European rescue mechanism—the European Financial Stability Facility—or find a form of burden-sharing would provide an acceptable compromise that would create a more-lasting solution.

At the same time, inflationary pressures in the euro zone, driven primarily by energy and food prices, are lifting yields on shorter maturities, adding to the woes caused by the contrast in growth between countries like Germany, where growth last year was the fastest since unification 20 years ago, and Spain, Portugal, Ireland and Greece, where growth is flat or contracting.