Time for EU to Finish the Job 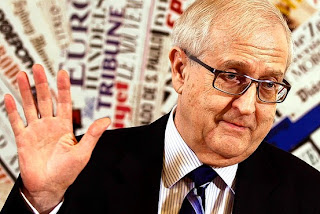 At last week's European Union summit, leaders agreed on a limited change in the EU's founding treaty that would allow for the creation of a permanent emergency lending facility in mid-2013. The volume and operation of the facility were left open, raising the usual doubts of whether Europe will ever take a full step toward anything.

How does this new euro-saver function? Who allocates and distributes funding, or administrates over its rule-enforcement loan processes? How independent is the decision making? Who says debt needs debt restructuring? On what terms?

Germany's Chancellor Angela Merkel promised more details by March. That would be about the limit for investors are waiting for the next steps to be convinced that the European Union is putting structures into place that, if falling short of a fiscal transfer union, ensures that there will be a newly systematized response to fiscal crisis. The hair-raising, eleventh-hour agreements with Greece and Ireland have taken their toll. With Portugal and Spain now also seen at risk, financial markets are looking for more brick-and-mortar institutional commitment.

More
Posted by Yulie Foka-Kavalieraki at 2:20 AM