How Not to Save the Euro 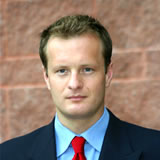 During their meeting in Freiburg last Friday, French President Nicolas Sarkozy and German Chancellor Angela Merkel reaffirmed their "total determination" to defend the common European currency. Supposedly to that end, they've jointly proposed to harmonize taxes and labor regulations throughout the euro zone. That would certainly show strong determination. But it would also risk doing far more damage to the euro zone, and to the entire European Union, than good.

In 2003, Czech President Vaclav Klaus wrote that "European monetary unification is the Trojan horse for overall harmonization of economic rules, policies and laws in [the] EU. I am convinced that any euro-zone problem will be in the future interpreted as a consequence of the lack of harmonization. . . and will lead to another wave of a creeping harmonization."

It turns out Mr. Klaus was correct. Following her crisis meeting with Mr. Sarkozy, Mrs. Merkel told the press that coordinating tax policies and labor laws across the euro's 16 member countries is "not just about currency issues but also about political cooperation, which has to be deepened."

In fact, harmonizing taxes and labor regulations would be a catastrophe for the ex-communist eastern countries in the EU, and would further undermine the public finances of rich western countries such as Germany.