Euroland Moves From Tragedy to Farce 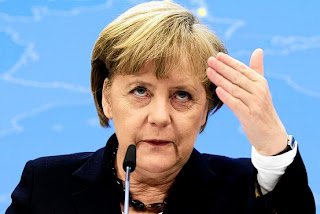 What a euroyear it has been. The show opened with a Greek tragedy and is closing with, well, a eurofarce. Greece found out it can't pay its creditors, Ireland thought it could but it couldn't, Portugal and Spain think they can, but they can't. And the Eurocracy responded with a farcical promise to set up an unspecified structure to raise an unspecified sum to pay an unspecified portion of those bills. Germany permitting.

The interesting thing about the year that is now coming to a close is that the turmoil in the currency markets proved the Euroskeptics right—monetary union without fiscal union is not tenable in the long run—and was nevertheless a victory for those who have always seen the creation of the euro as merely an essential first step on the road to political union.

More
Posted by Yulie Foka-Kavalieraki at 11:04 AM